Skip to main content
To provide you with the best experience, Royal Regency Palace Hotel uses its own and third-party cookies on its website for technical, analytical and marketing purposes. By continuing to browse our site, you are agreeing to our use of cookies. Please consult our Cookie Notice for more information. 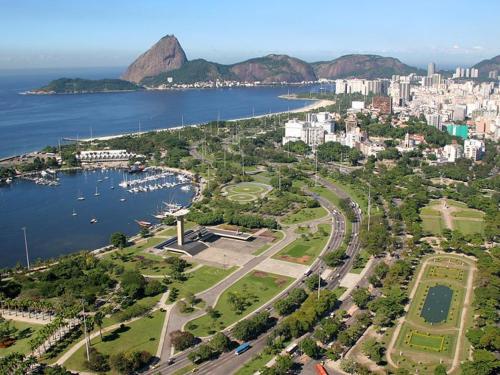 [justify]Flamengo Park is a leisure complex in the city of Rio de Janeiro, Brazil. It was built on successive landfills in Guanabara Bay. The park stretches from Santos-Dumont Airport, in the downtown neighborhood, to the beginning of Botafogo Beach, in the south.[/justify] 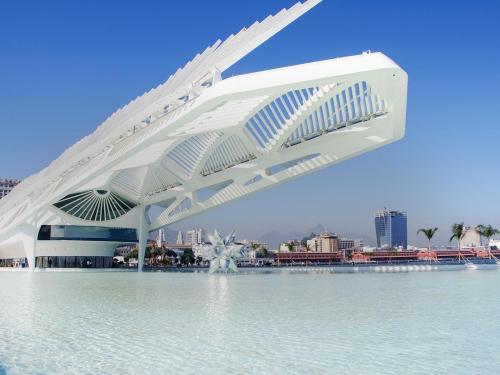 [justify]Museum of Tomorrow is a different science museum. An environment of ideas, explorations and questions about the time of great changes in which we live and the different paths that open to the future. Tomorrow is not a date on the calendar, it's not a place we're going to get to. It is a building in which we all participate, as people, citizens, members of the human species.[/justify] 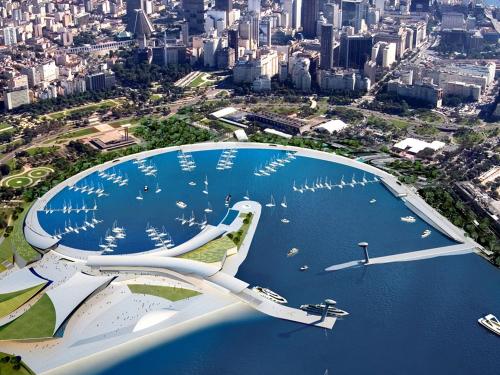 [justify]Marina da Glória is a marina located in the neighborhood of Glória, in the city of Rio de Janeiro, Brazil. It is part of the Brigadeiro Eduardo Gomes Park and is bathed by the waters of Guanabara Bay. It was used in 2007 in the Pan-American games as the place of departure and arrival of the boats that competed in the yachting competitions.[/justify] 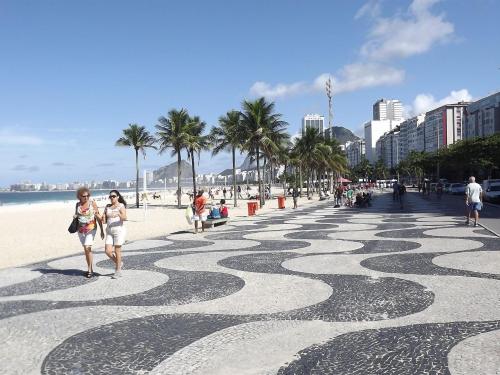 [justify]the most famous beach in the world. Its boardwalk has several kiosks and there are always people practicing sports. Throughout the year events of expression like world competitions of soccer, volleyball and shows of great world-wide celebrities happen.[/justify] 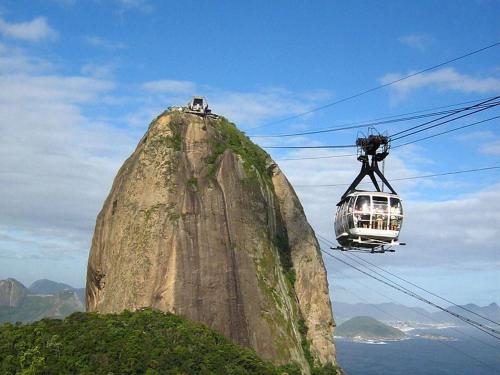 [justify]Entering the Bondinho that leaves Praia Vermelha, there are two options: first stop at Morro da Urca and then at Pão de Açúcar. The two trips last three minutes each. The cable car was inaugurated almost one hundred years ago, and ascending to the last destination you can enjoy a wonderful view of the city.[/justify] 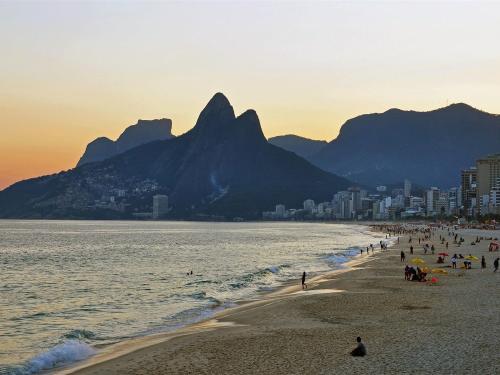 [justify]very popular beach in Rio, frequented by artists, youth, tourists and locals who enjoy their boardwalk to practice exercises. The beach even has a part destined to the GLS public. There you will also find kiosks that offer delicious snacks.[/justify] 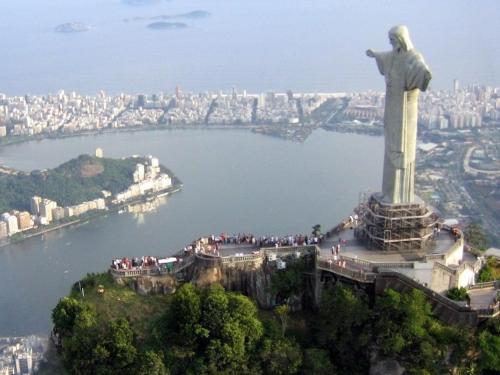 [justify]Known as a symbol of Brazil abroad, the statue of Christ the Redeemer is 30 meters high and 8 meters pedestal. In addition, it stands on the top of Morro do Corcovado, with 710 meters, and in the middle of the largest urban forest in the world, Tijuca Forest. Appreciated not only by religious, the monument is one of the seven wonders of the world.[/justify] 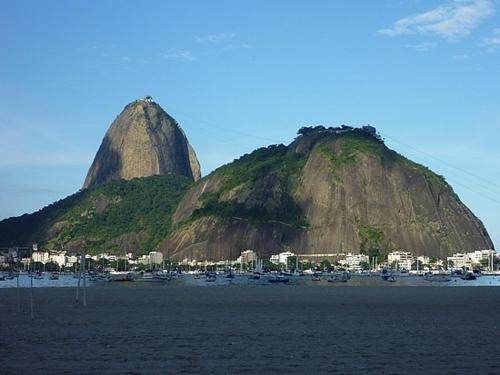 [justify]The Corcovado is in the Tijuca National Park, and is a viewpoint from where you can admire almost the entire city and find one of the most beautiful of Rio postcards, place the Christ Redentor.No, there are several eateries and shops souvenirs To get to the main third, there is escalator and night lighting.[/justify] 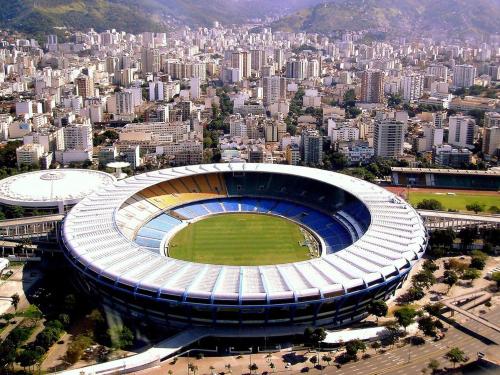 [justify]Stadium Journalist Mario Filho, better known as Maracanã is one of the most famous stadiums in the world and one of the most visited spots of Rio de Janeiro. The stadium has already played host to numerous games, including those with traditional Rio clubs, Brazil and foreign teams.[/justify] 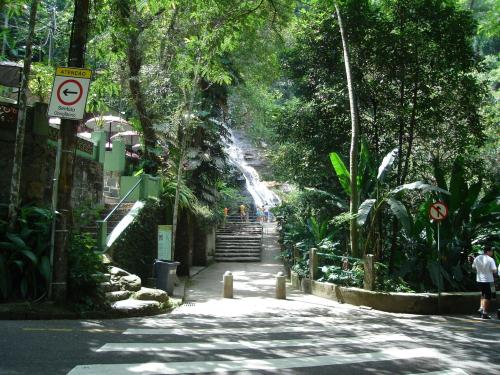 [justify]The Tijuca Forest is one of the four sectors which divides the Tijuca National Park in Rio de Janeiro, Brazil. The park, which covers 3 972 hectares and is the fourth largest urban green area in the country, behind only the Cantareira State Park (7,916.52 hectares) and the Adolpho Ducke Forest Reserve in Manaus and the Pedra Branca State Park.[/justify] 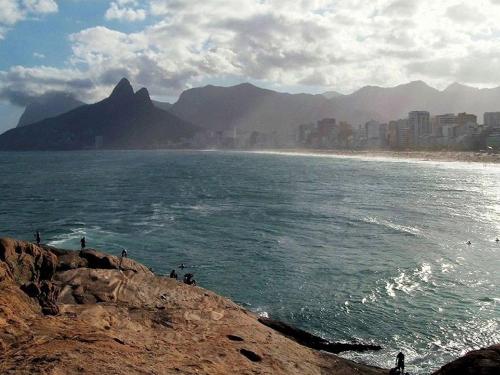 [justify]Frequented by surfers even at night, thanks to special lighting, the Arpoador is one of the best spots in town to enjoy the sunset Dosol - the stone reveals a panoramic view of the beaches of Ipanema and Leblon with the hill Two Brothers in the background. Next to it is the tiny Devil's beach, with strong waves. Arpoador also offers bodybuilding equipment, skateboard and kiosks, as well as the Garota de Ipanema park, with programming of MPB shows in the middle of the trees during the summer.[/justify] 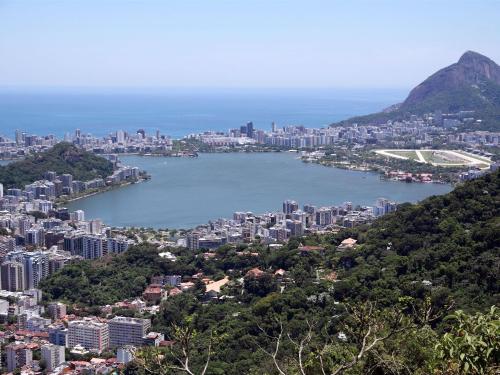 [justify]The Lagoon, as the locals say, is one of the favorite places for those who live in Rio to run, walk, ride a bike or simply rest. The area is good not only for exercise but also for dinner and, once again, to enjoy the unique look of the city. It has about 7km in total.[/justify] 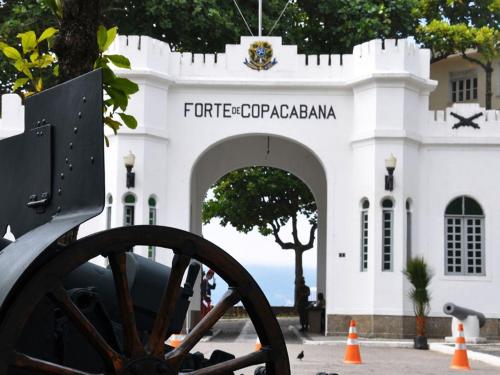 [justify]The fort is located in one of Copacabana Beach extremes and is also known as the Army Historical Museum. It was built with the intention of protecting the Guanabara Bay and holds fixed exhibitions, as well as another delicacy of Rio: Confeitaria Colombo.[/justify] 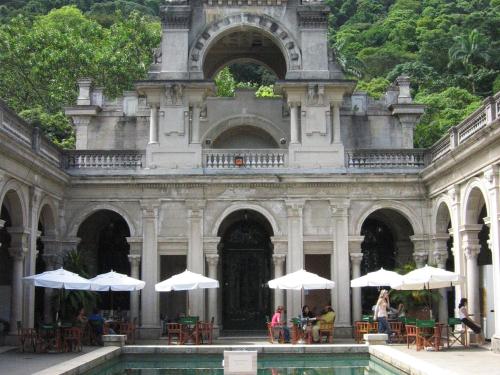 [justify]The Slab Park is a green park of Rio de Janeiro and, although less famous than the Botanical Gardens, it is a nice excursion. You are advised to visit it in the morning, and you can have your coffee there. Stroll through the trees in this little hideaway.[/justify] 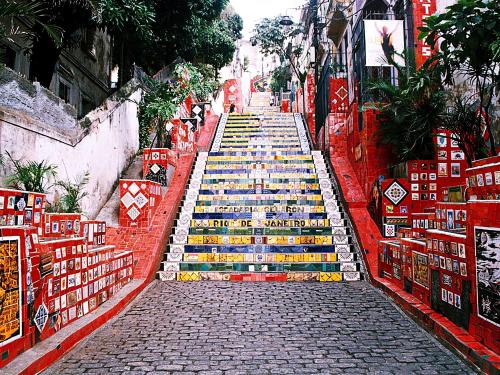 [justify]One of the most picturesque scenery of Rio de Janeiro, Santa Teresa is perched on a hill cut by the rails of the old electric cable car.
Filled with wide and cultural spaces that reveal landscapes of the North, South and Center, 'Santa' is taken over by houses that house workshops, craft shops, bars and restaurants. One of the most important buildings is the Convent of Santa Teresa, erected in the 19th century and named the neighborhood[/justify] 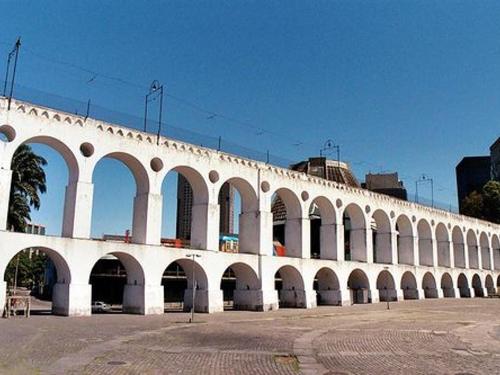 [justify]Lapa is the bohemian neighborhood of Rio 's capital and one of the best places to enjoy the night in Rio.Os Arcos da Lapa, architectural work of larger undertaken in Brazil during the colonial period, is now one of the postcards of the city, symbol more representative of the Old River preserved in the bohemian region of Lapa.[/justify] 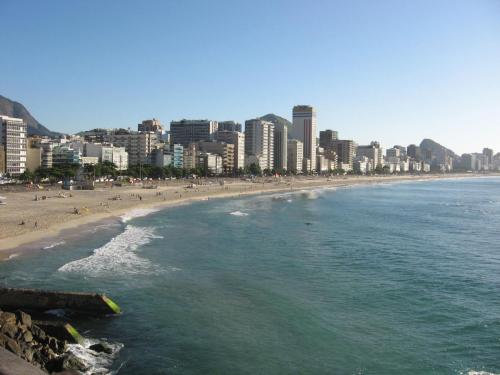 [justify]The Leblon beach is an extension of Ipanema beach, also famous and frequented by tourists seeking more quiet, as well as local residents. Constantly the beach is mentioned in the media for being the chosen one, with Ipanema, by artists. Leblon and Ipanema form a pair of very appreciated beaches.[/justify]